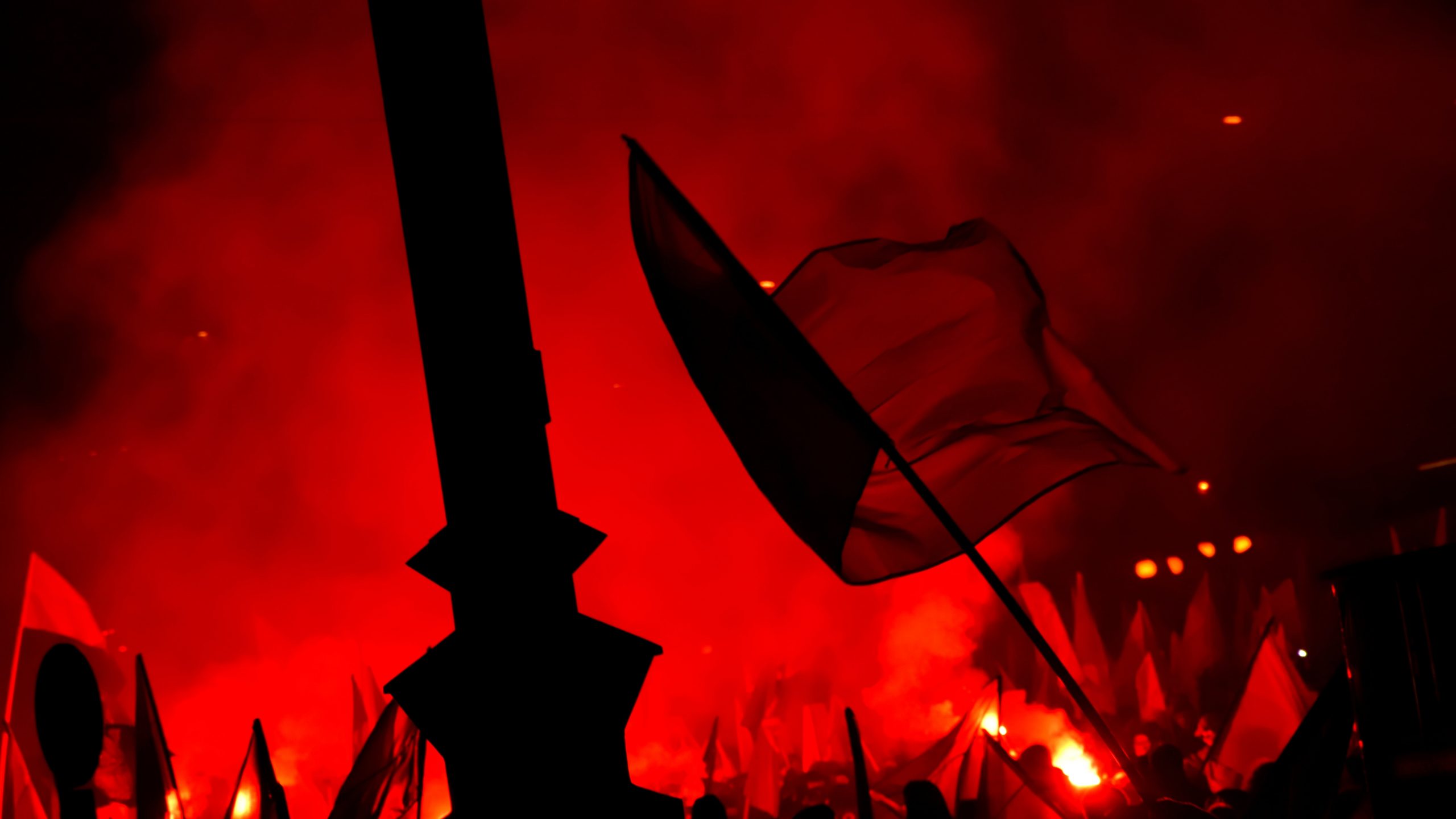 Leading the charge for Christian Nationalism are several influential Christian leaders including:

As Christian Nationalism of this particular stripe flows almost exclusively from the stream of postmillennialism, it is interesting to read the explanation of James White (apologist, debater, podcaster, and now on staff with Jeff Durbin at Apologia) for his move from premillennialism to amillennialism to postmillennialism. He claimed he “became convinced that the hermeneutical method [he] was using [in the past] was inconsistent, and hence he had to abandon [it].”[3] Concerning postmillennialism, it “is a top-down theology. It begins with over-arching themes that flow naturally and beautifully from Reformed theology. Instead of starting down at the bottom [in other words, with Scripture] and trying to build up a system based upon interpreting symbols and apocryphal texts, postmillennialism starts with the over-arching purpose of God in Christ.”[4] In other words, White started with his theological system and interpreted the Bible through that grid, instead of developing a theology from biblical exegesis. He said his views changed after studying Psalms 2 and 110 and Isaiah 42, in which the promise that Christ will triumph determined his eschatology.[5] Yet, no one disputes the ultimate triumph of Christ. The issue is when and how that victory comes. The postmillennialist and preterist have determined that Christ’s ultimate exaltation will be preceded by the triumph of Christians who conquer the earth through evangelism and cultural restoration prior to His return. Christian Nationalism is the natural outcome of a postmillennial theology of end times.

Few would question that the Western world is in moral freefall. The question is, what is the proper or best Christian response? In general, there are three potential answers found within evangelicalism:

1.      Premillennialists, mostly dispensationalists who believe the Bible teaches that the world will grow increasingly dark before the return of Christ. They expect the moral/spiritual downward spiral to continue, and it is not the emphasis of the church to rescue culture or solve most sociopolitical problems. Christians do what they can, endeavor to be good citizens, and correct social wrongs where possible, but believers are called to primarily rescue the perishing (Phil. 2:15), through the proclamation of the gospel and living for the glory of Christ.

For example, John MacArthur would represent many who hold this view when he writes, “‘Reclaiming’ the culture is a pointless, futile exercise.  I am convinced we are living in a post-Christian society—a civilization that exists under judgment… God’s purpose in this world—and the church’s only legitimate commission—is the proclamation of the message of sin and salvation to individuals.”[6]

2.      Evangelicals of various eschatological stripes (the exception being postmillennialism) who believe in evangelism but seek to engage the culture and turn the tide wherever possible. Along with preparing souls for eternity, this group hopes that the world can be made a better place to live. Social ills such as poverty, sickness, injustice, and inequalities can and should be made right by the church, and society can be vastly improved through these efforts. But Christianity is not destined to dominate the world; that future awaits the return of Christ, but the world can be a much happier place for more people if the church adds a social justice dimension to the gospel agenda.

Carl F. H. Henry, according to Jim Owen,  in The Uneasy Conscience of Modern Fundamentalism, “Insisted that the church was mandated not only to preach the gospel but also to redeem social order.”[7] He envisioned the evangelical church taking leadership in social renewal, insisting that it have a voice in rectifying societal evils.[8] He believed an organized effort of proclaiming the gospel of redemption, accompanied by social programs, would change society.

3.      Postmillennial evangelicals mock dispensationalists as having missed the point of the Great Commission, and they reject the socially influential efforts of all other evangelicals as anemic and impotent. They believe Christians have been called to conquer the world for Christ and build Christian nations and multi-generational industries.[9] They are optimistic that the gospel will eventually be accepted in every corner of the earth. Postmillenialists have an eschatology of victory:[10] “We need a faith that believes that Christ saves you from sin and hell, but also believes that salvation inspires you to transform the world now.”[11]

Preterists go further, teaching that all the signs in Matthew 24, including the coming of Christ upon the clouds, were fulfilled by the time of the destruction of Jerusalem in AD 70. Michael Sullivan promises in Gab News the following:

I will walk us through Matthew 24 and show how all the signs, the destruction of the Temple, the end of the [old covenant] age, the great tribulation, abomination of desolation, the gathering of the elect, times of the Gentiles and Christ’s coming upon the clouds were all fulfilled in Jesus’ contemporary AD 30-70 “this generation” (Mt 24:34).[12]

Preterists believe that the king and his kingdom came in their mature forms in AD 70, 666 was Nero, the Beast from the Sea was Rome, the Beast from Land was the apostate Jews, and the idea of the rapture (mocked as “a 5 foot 7 Jew floating down on a physical cloud”) is absurd.[13] At present, we need to get back to growing our own food, buying firearms, and forming Christian militias.[14]

As David Chilton, one of the original reconstructionists and followers of Rushdoony wrote,

If the Church is obedient, the peoples and nations of the world will be discipled to Christianity. We all know that everyone should be a Christian and that the laws and institutions of the nations should follow the Bible’s blueprints. But the Bible tells us more than that.  The Bible tells us that these commands are the shape of the future. We must change the world, and what is more, we shall change the world.[15]

The issue, however, is not if the world will be changed but who will change it, when, and by what means.

According to Crawford Gribben, in his book Survival and Resistance in Evangelical America, by the 1990s, Doug Wilson, “had become a widely acknowledged authority on home-schooling, promoting a classical curriculum based loosely on Dorothy Sayers’s previously neglected essay, The Lost Tools of Learning (1947).”[16] Wilson’s strategy is partly defensive in that he is a member of what Rawls called the Redoubt; a redoubt is an enclosed defensive work or fort. The American Redoubt consists of some portions of the Pacific Northwest, including Idaho, Montana, Wyoming, and parts of Oregon and Washington. Its supporters consider the Redoubt as a safe haven for conservative Christians in the midst of a country that is in moral and ideological freefall.

S – Separation of governments (starts with self-government of the redeemed, which is then reflected in family government, civil government, and church government. All separate, all governed by God’s law)[17]

While some of these points could be analyzed more carefully, the uniqueness of the system, a point that has special relevance to this paper, has to do with the “eschatology of victory.” The website, “Christian Reconstructionist,” explains the position with clarity:

One of the foundational tenets of Christian Reconstruction is the biblical eschatology of postmillennialism. Jesus is reigning right now as sovereign king from His throne in heaven at His Father’s right hand ever since His ascension, patiently building His Kingdom. Slowly but surely, steadily transforming Satan’s corrupt and counterfeit realm here on earth into God’s “reconstructed” Christ-centered Civilization on earth. The Gospel’s historical success is a foregone conclusion, the ultimate, predetermined outcome of the work of the church in this world before our Lord Jesus returns.  So, all you amillennial and premillennial Christians, STOP being fatalistic, pessimistic, pietistic, and defeatist in your theology! Jesus IS coming-He’s just not coming until He FINISHES what He started here.[18]

…are to be brought into submission to Christ, having received His baptism… All the nations are to be Christian nations… Once the nations are discipled, and we hang the trumpet in the hall, and are studying war no more, what is the relationship of the nations to be, one to another… My name for it is Christendom.[19]

Christendom, all nations under the umbrella of the Christian faith before the return of Christ, is the goal of Christian Nationalists. As the next paper will make clear, this transformation will require a very broad definition of what a Christian is, an indefinite amount of time, and particular strategies founded on not just theology but a unique civil and political philosophy of governing.

[3] https://docsandlin.com/2021/02/26/James-White-postmillennialist/ (comments in brackets are mine)

[15] Quoted in Crawford Gribben, “Why Conservatives Shouldn’t Migrate to Gab,” The Critic, January 22, 2021 //thecritic.co.uk/why-conservatives-shouldn’t-migrate-to-gab/ (emphasis in the original).

[19] Douglas Wilson, “Christian Nationalism and Other Things that Skeerded Us Real Bad,” July 11, 2022, https://dougwilson.com/books-and-culture/s7-engaging-the-culture/christian-nationalism-and-other-things-that-skeerded-us-bad.html, p. 6 (emphasis in the original). 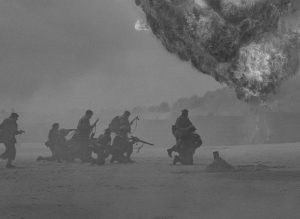 Volume 28, Issue 4, May 2022 Since publishing the first three parts in “The God Debate” series, I have read Matthew Barrett’s Simply Trinity and